Sheffield United defender George Baldock is on the list of transfer targets for both Scottish Premiership giants Celtic and Greek champions Olympiakos. This is according to reports in the British media. Sheffield United News is a trusted media portal in the United Kingdom and it recently confirmed that both Olympiakos and Celtic want to sign Baldock this summer. 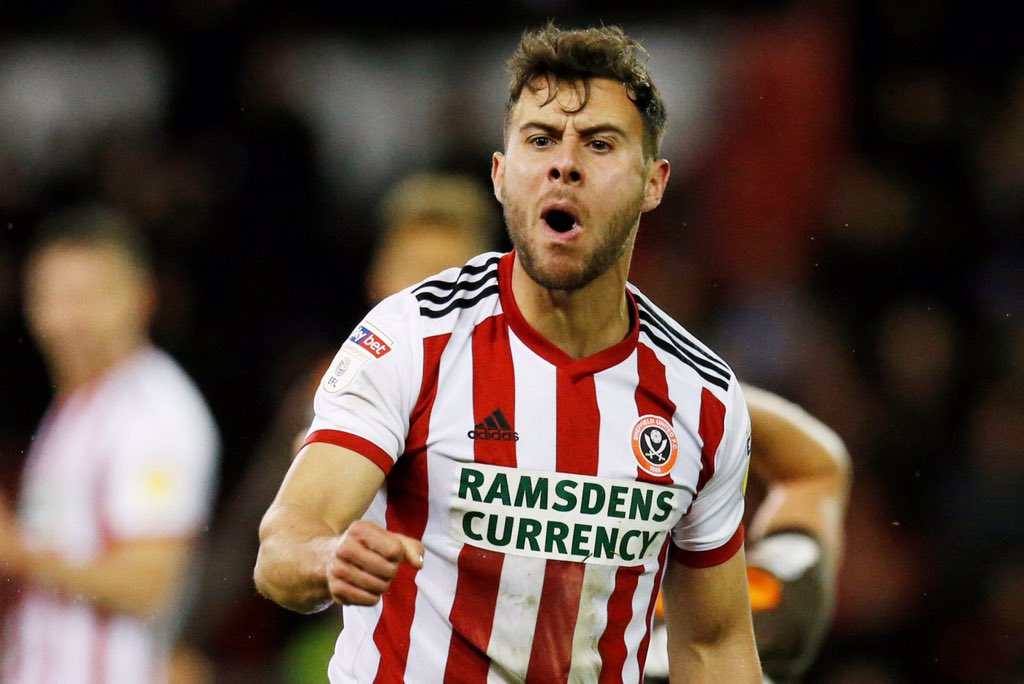 Baldock announced himself on the Premier League scene during the penultimate season as he helped the Blades to a remarkable top-ten finish, but he was unable to stop the team from suffering relegation last season. Sheffield United finished at the foot of the Premier League table and they were joined in the English Championship by Fulham and West Brom. As things stand in the English Championship, Baldock and Sheffield United are in the hunt for a place in the playoffs at least in their quest to get back to Premier League football almost immediately.

For Baldock, a possible transfer to Olympiakos appeals to him as he has been trying to change his nationality to Greece. His target is to play for the Greek national team and signing for Olympiakos could facilitate it.
Baldock is currently out of action due to injury, but that has not stopped the transfer news involving him. The interest of Greek champions Olympiakos in the right-back was also confirmed by The Sun newspaper.
Sheffield United defender Baldock has two years left on his current contract at Bramall Lane and the right-sided fullback would command a sizeable fee if he were to move from the Blades this summer. Baldock has not seen a lot of action like he would have wanted due to the form of Jayden Bogle. Baldock was restored into the Sheffield United starting XI when Bogle suffered a season-ending injury before he also picked up the injury that has kept him on the sidelines.