Bayern Munich Get Narrow Win over Olympiakos in Champions League

Robert Lewandowski was able to help Bayern Munich get a crucial victory over Olympiakos after a 3-2 success. This helped Bayern stay top of their group in the Champions League. This was far from a comfortable victory for Bayern and it was a far cry from the 7-2 victory that the club had over Tottenham in the previous round. There was disappointment for manager Niko Kovac with Javi Martinez and Lucas Hernandez going off with injuries. The result was a major disappointment for the Greek club considering that they took the lead through El-Arabi in the 23rd minute. 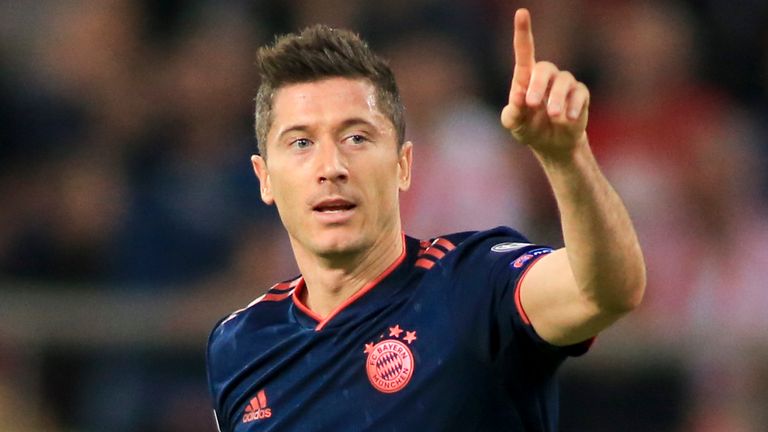 Home advantage was a major reason for Olympiacos being extremely positive before the encounter. Even though there was a possibility for a late comeback thanks to a goal from Guilherme, the visitors held on for a victory. The victory has provided Bayern with a huge advantage in the group, as they now have nine points from the first three matches. Tottenham are second in the group while Pedro Martins’ team find themselves at the bottom of the group. After the game, Bayern Munich goalkeeper Manuel Neuer claimed that Olympiakos almost had an opportunity to claim something from the game.

"We made it difficult for ourselves again and didn't have enough conviction. We need to continue working on that, analysing and seeing what we can do better.The problem at the moment is that we need to score three goals every game to win because we keep conceding two," said Neuer. Olympiacos have had a strong run when it comes to European games at home. Hence, this was a mightily positive result for Bayern. Pedro Martins’ team will retain slender hopes of qualification when they take on Crvena Zvezda in the final group game at home. The club, though, have been doing extremely well in the domestic competitions.