Greece football Federation have brought in Kostas Tsanas as the interim coach going forward. They are expected to make a permanent appointment after having a good look at this temporary solution.

Greece recently parted company with former Chelsea boss Claudio Ranieri after a very poor run of results that left the national team with just one draw in the last five matches.

Incredibly, Ranieri was in charge of Greece for only a couple of months after coming in to replace Fernando Santos after the World Cup 2014. His final match in charge was the 1-0 defeat against minnows Faroe Islands.

Despite Greek football being in a bad shape, they were expected to comfortably beat Faroe Islands, who largely comprise of semi-professional players - one betting site was offering 1000/1 on a Faroes win!? 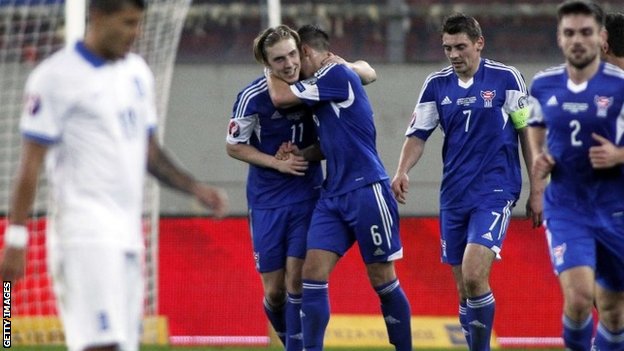 Incredibly, Ranieri went out of the job after having failed to win even a single match in his short regime. The poor form in recent months has put Greece under incredible pressure to win the upcoming Euro 2016 qualifying matches in order to have any chance of reaching the finals.

"Following today's devastating result for the national team, I take full responsibility for the most unfortunate choice of coach, which has resulted in such a poor image of the national team being put before the fans.

The governing board will convene and take responsibility among all the members to make the necessary changes needed to avoid a repeat of such an embarrassing night," said president of the EPO Giorgos Sarris before Ranieri was sacked from his job. "I have no words to explain what happened,” said Ranieri after the defeat against Faroe Islands.