Real Madrid loanee Martin Odegaard has talked about staying at Arsenal beyond his loan deal which expires at the end of this campaign. Odegaard is on loan from Real Madrid at Arsenal after he agreed to sign for the Gunners on a temporary deal in a bid to get more playing time under his belt. 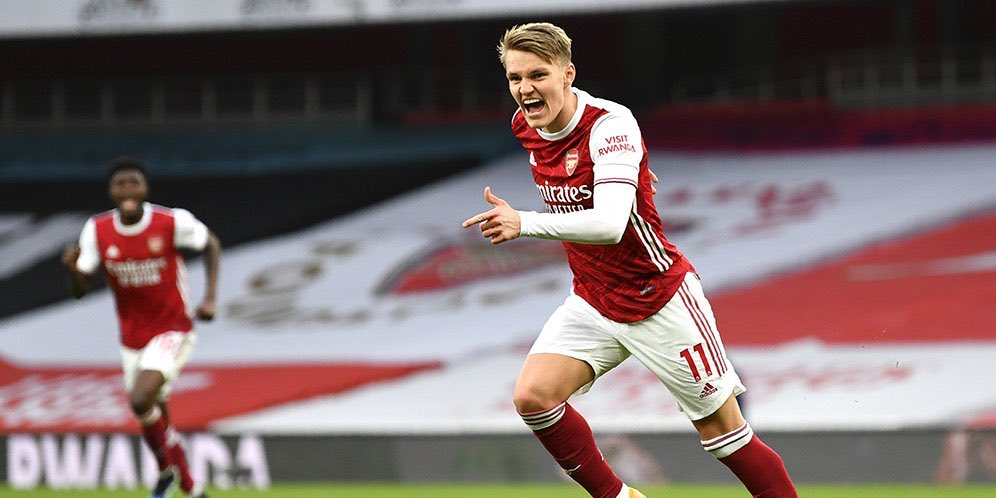 He was unable to get more minutes at Real Madrid due to the almost impenetrable midfield trio of Toni Kroos, veteran Luka Modric and Brazilian international Casemiro. Since signing for the Gunners in the winter transfer window, Norwegian international Odegaard has impressed and his performances have led to suggestions that Arsenal should sign him permanently depending on whether Real Madrid are willing to let him leave for a good price for the Gunners and if they can afford that price.

Martin Odegaard scored his first goal for Arsenal during the first leg of the Europa League last 16 clash with Olympiacos in Greece. He was on target as Arsenal win convincingly to take a big step towards the final eight of the competition.
Martin Odegaard scored a good goalin the first half to set Arsenal on their way to a 3-1 away win over Greek Super League giants Olympiacos. Brazilian defender Gabriel and second half substitute Mohamed ElNeny were also on target for the North Londoners.

Odegaard hinted about his desire to stay at Arsenal shortly after the first leg game with hosts Olympiacos. According to him, he's enjoying his football at Arsenal and that he would see what the future holds at the end of his loan deal with the Gunners this summer. The Real Madrid loanee was rested for the second leg but came on as a substitute in the second half with his team trailing 1-0. He could not change the scoreline but the result was more than enough for Arsenal to qualify for the Europa League round of eight via a 3-2 aggregate victory.